The winners of the Double Point Deploy Weekend have been chosen - each winner can use their voucher code for EVERYTHING in the webshop once. Have fun shopping.... https://flagstack.net/shop 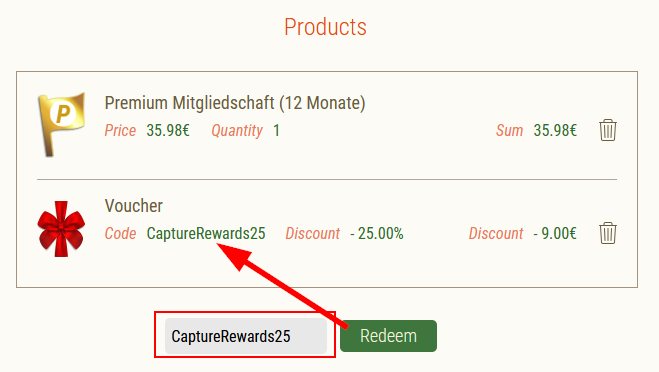 Change of leadership at FLAGSTACK - the new No. 1

A change of leadership is often accompanied by a multitude of requirements, expectations and ideas. It is also important to take into account the general conditions that apply to....

Stop with the blah-blah - let us be clear:

She made it! She broke the sound barrier on Sunday evening (14.07.2019, FHQ time) and received the reward for the incredible diligence of the last days, weeks, even months. Ines (DE) took the lead in the overall ranking well deservedly. After a close neck to neck race with Mankmuss (DE), which certainly motivated both of them to top performances, Ines was able to score at the top in the FLAGSTACK anniversary month.

The entire FLAGSTACK community bows to the new leader - virtually as it should be with FLAGSTACK. Ines, you are the perfect example that everything is possible at FLAGSTACK if you want it to happen. With the support of your family, friends and your bike :-) you have now reached the top! Ines, bear this position with dignity and pride - you've shown it to all.

And yet there is no time to rest. Mankmuss could still tickle his feet and fingers to be at the top of the leaderboard as well. No matter how the ranking evolves, at the moment it is well deservedly led by the most hard-working player!

Congratulations on this record

and Capture the flag to all Flaghunter from

Team Battle #43 is over now and all 72 teams have achieved great results!

Here is a look at the top 10 of the overall ranking for our statistics fans... As it should be, your hard work will be rewarded. Take a close look - placing in the top 10 is worthwhile for your team due to the mega credit wins! Don't miss them!

And here's the faction ranking of Team Battle #43, and we're delighted with the great overall performance from all players:

All details about the team and faction rankings can be found with a quick click.

Team Battle #43 was once again rewarded with the bonus system! The lucky ones are happy about these relay wins:

So if you and your team earned over 40,000 credits, you'd get first-class winnings as a bonus!

You can find all detailed information about the credit distribution on the official FLAGSTACK help page for Team Battles.

You are enthusiastic about Team Battles, all the excitement and variety and especially about your personal advantages through the great prizes? Than you know what you have to do: Tell all your friends about it and create a new team - or even two - because after a short recovery time the next Team Battle is already in sight - on 05. July 2019 at 0:00 (Timezone Europe / Berlin) the TB #44 starts! 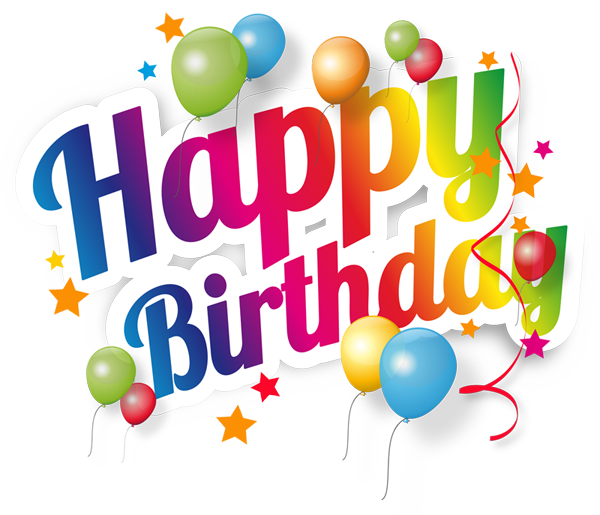 Ça va? Es-tu bien préparé pour la Coupe du Monde de Football? As you can see, we are perfectly prepared for the exciting upcoming weeks - because in France the FIFA Women's World Cup will take place from 07.June - 07.July! The trainers take care of the national teams, and FLAGSTACK keeps you on your toes too...

Yes, you're quite right: last year's men's World Cup was the warm-up for this tournament, so to speak. During the World Cup period (07.06.-07.07.2019, time zone FHQ Europe / Berlin) all jumpers jump around the world as soccer balls. Get on the soccer balls and kick as many as you can because you're not just collecting for fun, but for different badge challenges! 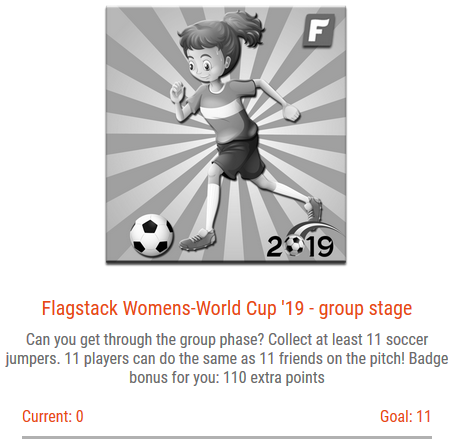 Do you want to be a champion too? Take a look at the goals you have to achieve to reach the final:

1. Can you get through the group phase? Collect at least 11 soccer jumpers. 11 players can do the same as 11 friends on the pitch! Badge bonus for you: 110 extra points

2. Win in the round of 16 and collect at least 24 soccer jumpers. Because 24 national teams compete for the title of all titles! Badge bonus for you: 240 extra points

3. Win in the quarter-finals and collect a total of at least 52 soccer jumpers. 52 games during the World Cup show who has the best players and the better nerves to be the winner in the end. Badge bonus for you: 520 extra points

4. Triumph in the semi-finals and collect a minimum of 77 soccer jumpers. A total of 77 yellow cards were shown in 1999! Badge bonus for you: 770 points

5. Grab the trophy in the final and collect a total of at least 91 soccer jumpers. Because in the year '91 the 1st Women's Football World Cup was held. Badge bonus for you: 910 extra points.

The mascot named ettie is a Gallus gallus domesticus full of joie de vivre and with a big heart for soccer. Prove your enthusiasm and support all FLAGHUNTER by throwing new soccer balls from the side line to reach the badges... We’ll support you with a great offer, which is perfectly matched to the ingenious badges... Visit the FLAGSTACK Fan-Shop https://flagstack.help/fan-shop/ and after payment of the transfer fee the desired jumpers will be transferred to your account. Yes, exactly, during the World Cup as soccer jumpers on the map!

Good luck and have fun with fair play!

PS: For recovery there will be a time out on 17.06.2019 between 5-9 AM (time zone FHQ Europe / Berlin) - in English: because of a planned server maintenance FLAGSTACK will be offline for a short time...

Do you also think that May has gone by super-fast? We’ve collected the highlights for you and summarized them briefly...

The introduction for the great FLAGSTACK month of May already took place on 28.April - because trabee (DE) has deployed the 3.5 millionth flag in Dusseldorf (DE). So, next time you won’t only go shopping in Dusseldorf (**cliché**), but especially to get this flag including the badge... Start navigation... Destination input... Haroldstrasse in Dusseldorf, Germany... Let's go!

As you know, we put CO-EXIST in capital letters... We don't want to tell you, you should choose 1 GPS game... What's much better is to play the game that you enjoy. And if you collect virtual cans at FLAGSTACK on your way to a can, then you've really won! This fun was as a premiere this May, and then even three times :-)

On 10.May it was finally over with the lame excuses: Ready to fire for the Jump & Run Flag! Following the successful beta tests at the Hamburg event, it was time to enjoy this new type of flag personally. And - the name says it all! The flag jumps and you’re running after it... The countdown is breathing down your neck - on foot, by bike or very trendy with an e-scooter - and yes, the 25,000 points are not given to you as a gift! But they give a lot of fun and will take you outdoors - there's almost no better motivation for a sports unit :-)

So if you deploy so many flags that you’re celebrating records on them, they will also be captured by ambitious FLAGHUNTERS.  On 26.May, RetTeach (US) in Woodbridge (US) turned a Green Flag into the 24 Million Captures Flag, added a pretty logo to it and was as pleased as Punch! Congratulations on this stroke of luck to you and the US!

Many thanks for all the positive feedback on the app update, apparently we were able to make the game even more fun at the end of April with good quality. But optimization never stops... After the first feedback on the Jump & Run Flag, we were able to improve the locations positioning. In case a stopover lands in an inaccessible area, we ask the flag owner to let us know, and we’ll be glad to help (Jumpandrun@flagstack.net). We recommend testing it immediately... Get out!

In June, the FIFA Women's World Cup will be the first on the agenda... The ladies know exactly what to do. And your task to support them at FLAGSTACK will be announced in time... Warning, spoiler alert: The more jumpers jump around on the FLAGSTACK map, the easier it will be to reach the badge! Blink, blink...

So stay tuned and capture the flag...

FLAGSTACK will make you Jump & Run

More than 27 years since the mega success of the song Jump by the band Kris Kross, the lyrics (yes, admittedly, slightly modified :-)) are as up-to-date as never before...

Because FLAGSTACK offers you nothing less than the latest and best gaming experience!

The new flag type "Jump & Run" is now available for you in the FLAGSTACK webshop!

How would you feel to be the first one to deploy this exciting flag in your hometown? Imagine you and your FLAGSTACK friends can go out together and join in this multi-flag experience! Get your first pieces of this new adventure in the webshop and get the best places on the map from 10.May.

How will the new flag work exactly?

The Jump & Run Flag offers you a real explorer adventure with 33 stations within a range of up to 2 km around the starting point! But you have to hurry, cause as soon as you capture the start the Jump & Run flag jumps on. A countdown of 10 minutes each will run, in which you have to reach the next station.

You have a maximum of 3 tries per Jump & Run Flag to complete this flag successfully with a badge and 25,000 points! Every player, even you as the owner, can play this flag - as the owner you will get "only" capture points but NO capture on points. You can deploy the Jump & Run Flag directly on site via the app and exclusively for premium members via the website.

What if I can't reach a flag in the process because the footpath is currently being re-paved or the hedge is being cut? No worry, you can skip single flags in an urgent situation and still complete the task.

Because we are glad that you waited so patiently for this new flag, we considered that there will be an introductory offer with 10% discount. And as it is much better to get the very best offers with a Premium Membership at FLAGSTACK, as a Premium Member you get another 20% discount on top with the code "Jump&Run" (also applicable to reduced items).

You can't wait to pass the time with this new flag?! What are you waiting for?

We wish you lots of fun, a charged battery and comfortable footwear!

PS: A little hint: On foot or by bike the flag is the most fun, because you have to be on your toes and it attracts you to the most beautiful spots in the area...! 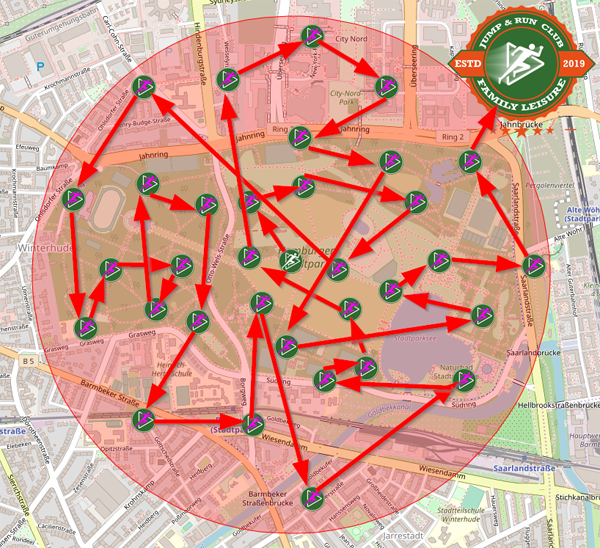